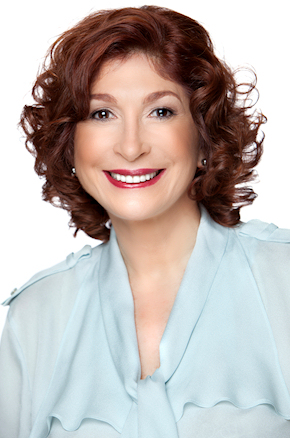 Annette Hanson is the founder of Atelier Esthétique Institute, a New York State licensing esthetics school, postgraduate facility, and the first esthetics school in the US to be accredited as a member of the International Therapy Examination Council (ITEC). Her professional experience in skin care spans more than 20 years as an esthetician, body therapist, salon manager, educator, and spa consultant for some of the most prestigious spas and salons in the United States. Annette created two new treatment lines—Simple Solutions® with GHK Copper Peptide Technology and AquaSanté® Spa Products from France which she sold to a biomedical company.

As an advocate of high educational and professional standards, Ms. Hanson was instrumental in the development of the 600-hour curriculum for the New York State Esthetics License as well as the written and practical exam. In 2002, she was appointed by New York’s Secretary of State to serve as “Educator” on the Appearance Enhancement Advisory Committee for esthetics, nails and cosmetology, a government position that she continues to hold. In August 2009, Ms. Hanson was recognized by her peers and was inducted into the AIA Academy of Legends (Aesthetics International Association). In 2010, she was voted in to the Leadership Committee of the ASCP Skin Care School Council (Associated Skin Care Professionals).

“Excellence in Education” has been a guiding principle in Annette’s personal life as well as in her school. After graduating from the University of British Columbia, Canada, she pursued her studies abroad—in France with Carita, Lancôme, and Payot; in Germany at the Nemectron Institute; in Brittany, France at the BCM Institute of Thalassotherapy; in England with the eminent aromatherapists Micheline Arcier and Eve Taylor. She was awarded her French Certificate of Professional Aptitude (CAP) as well as her many ITEC diplomas, which allow her to practice worldwide.

As a renowned skin care expert, Ms. Hanson is a published author and a sought-after lecturer at leading professional conferences worldwide. She has been a speaker and panelist for both the Cosmetology Educators of America (CEA) and the American Association of Cosmetology Schools (AACS). She is a regularly featured author in industry periodicals such as American Spa, Dermascope, Skin Inc., and Les Nouvelles Esthetiques. She has appeared as an esthetics expert on Fox’s Good Day New York; and she has been featured in leading health and beauty publications.